The next few days were passed quietly enough. on the Wednesday we drove over to see my friend Hilary in Magnicourt for a catch up. Hilary is now in her high seventies and not getting about as much as she used to as she doesn’t like driving. Poor old soul it’s hard to complain of being old to people ten years older than you are. 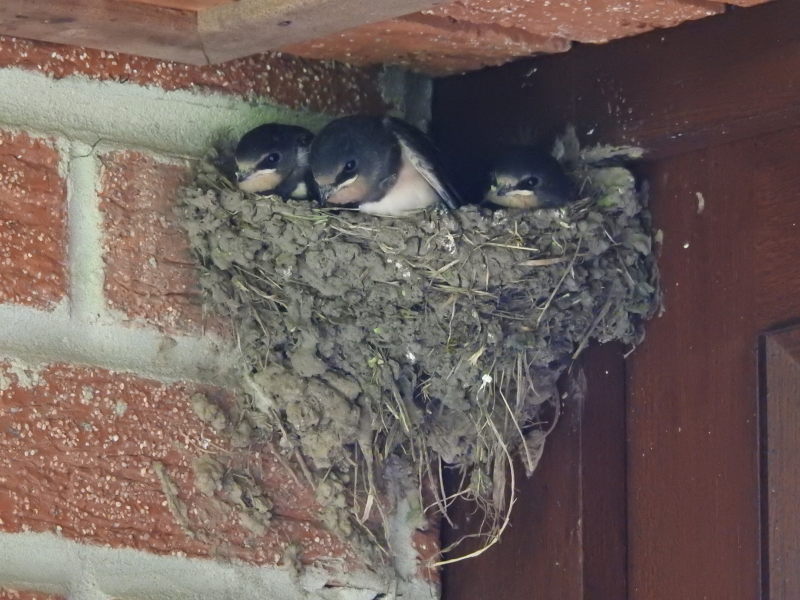 Other short term guests this summer

On the 18th Anton and Debs arrived over which meant getting them settled in, doing a lot of talking and even more eating and drinking. We had already decided that we would head off down the road to the estaminet the following night for my birthday meal and I had already booked a table. I had also invited my friend Théo and his scouting buddy Jean to come and join us. Théo is quite the character ; Vietnamese, adopted by a French father and Mancunian mother living near Valenciennes. He likes to practise his English when he can because most of the time he’s talking French. A scout leader he’s also quite the musician and that is how we came to know each other. I needed a bugler for a ceremony and his name was put forward by French friends. Turned out that he is also a piper and isn’t bad at all. He has since played both instruments for me at various ceremonies. We have even organised him with a 48th Highlander glengarry for when he plays for us.

Our meal at Douriez was really good and dad did not go for the very cold platter of beef which he struggled with last year. The place was packed with locals. you could tell that they were really locals by the fact that some of the childer were in slippers and pyjamas !

Returned home and we settled in for an evening of listening to music and nattering the night away. Turned out that when he tried Jean spoke very good English.

Next morning I found myself a year older and had presents to open. If there was ever a useful present for me it was the wok from Anton and Debs. It gets used for almost everything from stir fries to curries and omelettes. As dad was going to make some lavender bags for presents everybody set out to clean off the lavender bushes whilst I thought about lunch. As Théo and Sean were heading back north I got the new wok on the go to produce something easy and quick — just to show off.

Then came the dessert : Bingsu.

In my YouTube watching I’ve come across a lot of Asian mini series and many have been Thai. Few, run to more than twelve episodes and provide a complete story. Apart from light material for an evening’s entertainment there seems to be a lot of time spent eating in the episodes. Much of it looks really interesting which explains my desire to have a wok which so much easier than a frying pan, no matter how large.

One of the stories revolves around a lad making friends with a ghost as they set out to discover the cause of his death and why he hasn’t moved on to the afterlife. In one scene the ghost is looking around in surprise at the city which has changed greatly since he died, some twenty odd years before. There are the usual jokes about what’s a Google ? but one of the remarks about new food fads mentions bingsu. I echoed the ghost — what is bingsu ?

Next scene they are in a bingsu café getting a chocolate bingsu. One look told me that this was the stuff for my mother and I. Chocolate ice cream on a bed of shaved ice with fruit and chocolate sauce poured over the top. How do you make one ? you need a special machine in which you put a block of ice and then rotate it over a razor blade. Bingsu is not crushed ice, it comes out like snow. 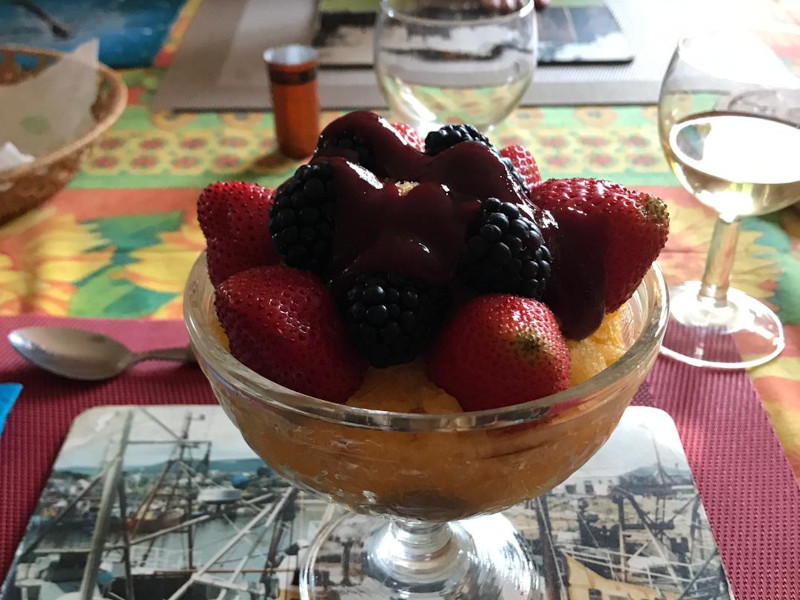 This one is with frozen orange juice

I searched around and found a simple hand driven machine that got good reviews. The word bingsu is Korean but this machine was Japanese and they use the word kakigori for the same dessert. Amazon was a Euro more expensive than a French company in Marseilles but I only had to push the BUY button and it was done. A few days later and the machine arrived (from Marseilles) and I was freezing ice blocks and buying exotic fruit.

One thing I have to remember is that everything fits together in the opposite way — to tighten the screws you turn them anti-clockwise. 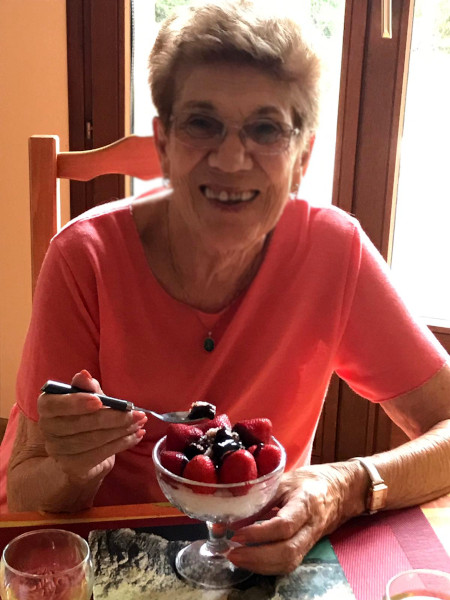 It passes the mother test

I’ve had a good bit of practice and on a hot afternoon this is an amazing dessert. You can make it up as you wish and there are few limits for your imagination. The only thing that I find is that I prefer the snow coating on top of the ice cream.

I made up a few different versions (you can of course flavour the water used in the ice block) and despite a few quizzical looks they passed muster. 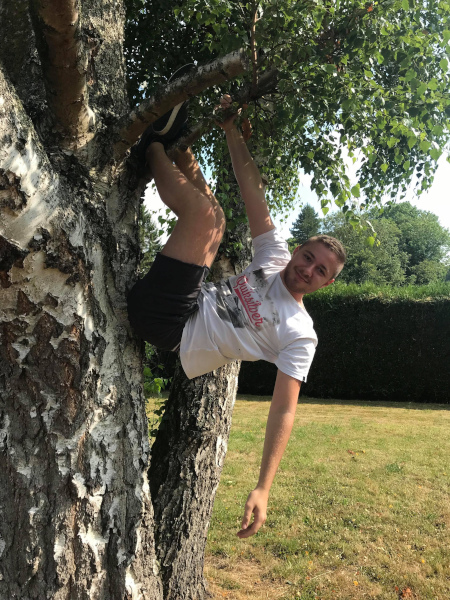 What is it about trees and boys ?

And so the birthday week came to an end. The lads went home and the following day it was the turn of the family to head off towards the port.

Looking back on it now this was the last time I had anybody to the house for a meal until August 2021 when I invited the Dutch people who have a second home at N°10 around for lunch.