Can’t keep us away

Some journey’s start with a small step. Some, like this one, start with an orange flashing light declaring that your car has a faulty motor.

After making the journey over to Kent to collect my parents we were just four kilometres from the house when, Bing ! On came the warning light and the car lost power. Sounded fine, was running fine, just no acceleration.

Not the first time that this has happened to the car. The last time I had to replace the turbo. That sort of put a dampener on the party atmosphere and about the only positive note was that it had happened the night before we had to get to the airport and not half-way there. 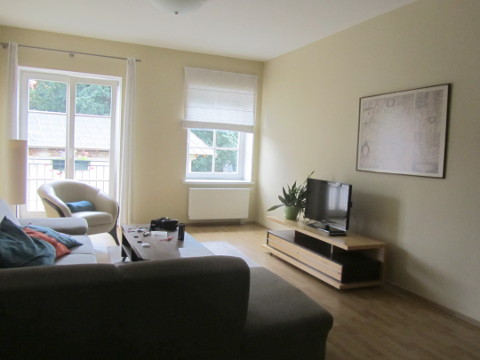 I know lots of people with cars but we needed a car big enough to take the three of us and our luggage, which was being hastily reorganised into smaller cases. My friend Alain offered to take us down but he had a funeral to go to, so could we go a few hours earlier than we needed to ? Is the pope catholic ?

Fortunately we had already done our shopping so we were able to make up our rolls and pack biscuits and drinks for the extended wait as well as the flight. Nine o’clock the following morning, Alain arrived and we had a sunny drive down to Beauvais Airport. It has to be said I rather enjoyed being driven down ; much more relaxing.

At the airport we found ourselves a seat outside the terminal and watched the world go past or went for walks to kill the time. It was sunny, with a wee bit of a breeze and definitely more comfortable than sitting inside. The time passed quite quickly and we were soon checking our luggage onto the flight. That done we went for a coffee. If you think that Costa Coffee has to be good in France — do feel free to think again. Hot frothy milk with a dash of coffee to colour it. Quite awful.

The flight was a good one, though crowded. We had a party of French Scouts on board and they had great difficulty getting their rucksacks and sleeping rolls stowed away ; there not being enough overhead luggage space. Remarkable the number of them who had obviously never flown before. 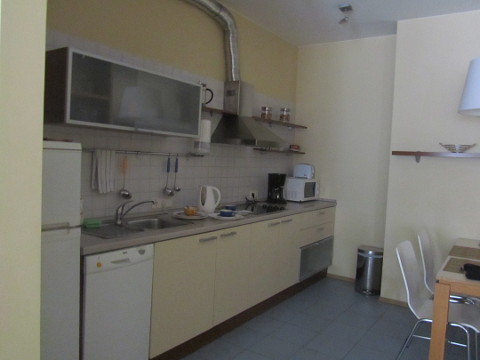 After weeks of sunshine, Vilnius was going through a wet spell and it started to drizzle as we landed. The airport is only a few kilometres from the town and we flew over it as we landed, giving us some instant reminders of our previous stay.

I had organised a taxi to get us to the apartment and as soon as we were through baggage we were greeted by a lassie holding her tablet up with our name on it. Ten minutes later we were in town and being reminded by our host Dmitrij as to how to get in through the doors, lift, more doors and finally into the apartment. This time he had given us a more spacious flat on the third floor, not that the view is anything spectacular — that wall never did get rebuilt !

We dumped our luggage and after a quick freshen up headed up the street to the old Town Hall Square. The locals soon showed us the Vilnius summer outfit. Light clothes and a brolly ! It was too warm for a jacket.

Last time we were here we had spent St John’s night eating at Amatininku Uzeiga a popular restaurant on the square. My father had enthused about their Chicken Kiev and we gravitated towards its inviting portal. I was worried that the dish might not live up to memory as we all decided to order it, but it did not disappoint.

Today was also the anniversary of the coronation of Mindaugas — Lithuania’s only King (all the rest were Dukes) and there were celebrations going on across the town with the Lithuanian flag much in evidence. It was all very colourful even if a trite damp.

The rain eased and we went for a short dander before heading back. Next thing we knew ; it was morning.