After seventeen years the two birch trees in the garden have outgrown the height of the house. There used to be three but one got hit by lightening years back and split. It grew back a wee bit but I eventually had Jimmy from next door remove it.

No Jimmy any more, and besides, I would never have trusted him to bring down a twenty metre branch. The fir tree was one thing as that is easy to climb and a lot shorter, but the birch trees ? Way too close to the house. And therein lay the problem, they were too close to the building and we get some very heavy storms this close to the coast. 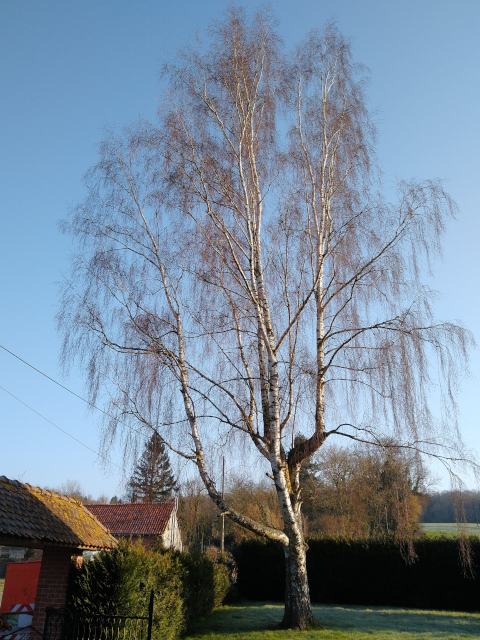 It is a really pretty tree, but too tall

Luckily Johan, from the house opposite, works in the trade and offered me a good price to bring them down and get rid of the debris. I haven’t used the wood fire in years so I was quite happy to let him take it away.

It was early on a frosty Monday morning that I was aware of a motor running in the lane way. Looked out the window to see Johan and his mate levelling up the nacelle against the outside of the hedge.

There was room but there were also telephone cables running down the lane that needed avoiding. I thought it would have been a major problem but not, apparently if you know what you are doing.

There was a lot of whirring from chainsaws and the occasional thump as a heavy branch hit the floor — Jimmy would have loved it all.

Within two hours both trees were down and we spent an hour pulling the bits together near the gate. 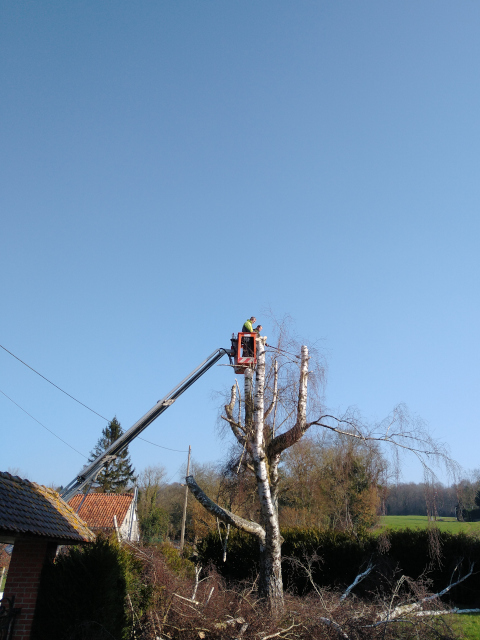 It will all grow back

Straight after lunch we got on and cut the major pieces up into logs and Johan used his mini tractor to cart those away to his yard across the road. Then came all the rubbish, the long spindly branches and twigs. It’s a good thing that Johan has two large tractor trailers, because both were needed to cart the rest of the trees away.

By early evening though it was all cleaned up and apart from a few dents in the grass all was good. I’ll be able to sleep easier during the next raging storm. 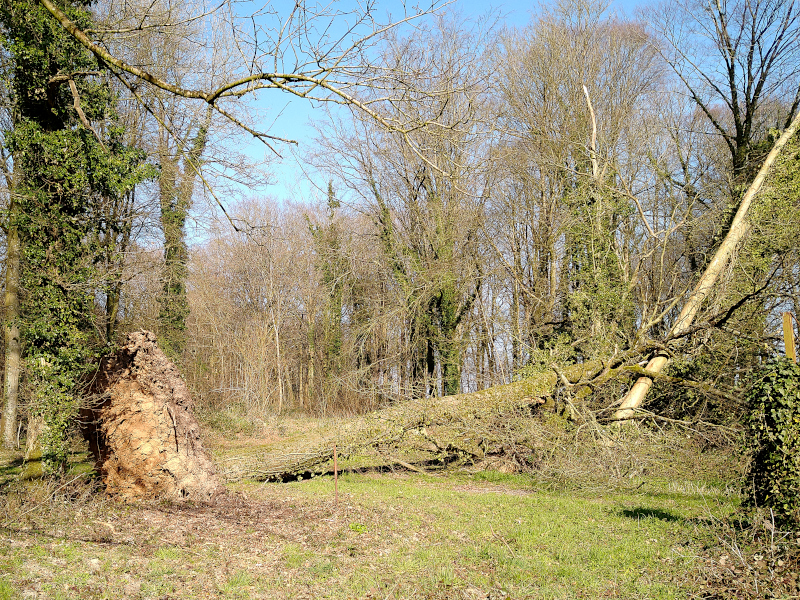