Cases up, masks on

July had seen a change in the government with the arrival of Jean Castex as Premier Ministre. Some viewed the removal of Edouard Philippe as a sign of his increasing popularity with the public — in comparison to Macron himself. Castex is a southerner, to the point that even I can hear his accent.

Though not seen nationwide, the number of cases was increasing as clusters were identified. The requirement to wear masks in public buildings was reapplied, then it became obligatory across greater Paris. Schools were informed that mask wearing would be obligatory from the rentrée on 1st September.

By the end of August the number of Covid-19 deaths in France had increased to 30,635.

Out in the countryside I was hardly affected by any of these new measures. It was hot and sunny and we had seen a couple of days almost into the 40s. I was quite happy to spend my days at the beach with the sea breeze making the heat more bearable.

At the weekends I think that the beaches were as busy as ever but those frequenting the resorts were far more local. There were clearly fewer Belgian vehicles parked up and thankfully there were not too many Parisians bringing the plague with them.

During the week though there were days where I had entire sections of the beach to myself. 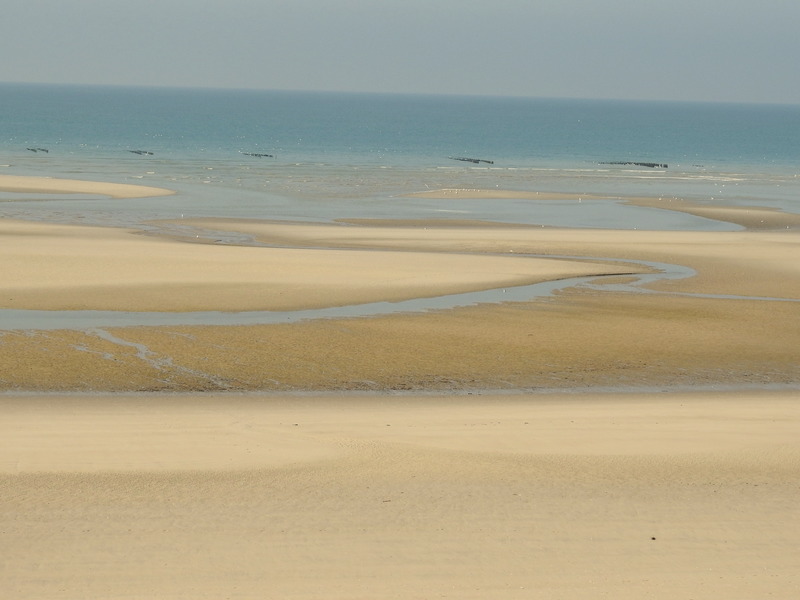 Cinemas were open again and there was plenty to catch up on. Tenet came out and thankfully I was able to watch it in English. I had already gathered the fact that it was going to be difficult to follow and I wasn’t doing that in French. The advantage of VOST is that even if they were mumbling in English you got to read what they said.

I had no problems with going to the cinema. We were all wearing masks and very well spaced out. Early afternoon There were rarely more than a dozen of us in there so sitting in a controlled environment was not a problem.

It was not uncommon to find articles in the press complaining about the wealthy arriving at the more popular resorts and ignoring all the local regulations. The situation in the Gironde (Bordeaux) became critical as cases and hospitalisations rose alarmingly. New measures were introduced including the closing of some commerces and the limitations as to the number of people allowed to participate in events.

There was a growing sense that people holidaying in the sunnier climes had thought the pandemic was over and had thrown all caution to the wind, packing themselves onto the beaches and partying as though everything was normal. Little that was done seemed to be able to limit the rapidly increasing number of daily cases.

In some respects the mounting number was probably due to the increasing capacity of the health services to offer tests (The Donald Trump analogy that if you wanted the cases numbers to decline you should stop testing people).

Towards a second confinement

Brexit was rearing its ugly head again and in mid October the French government opened up their site for the British to apply for the new Carte de Sejour which was based on the belief that the British government was going for a no deal scenario.

Not a lot of information or documents were being asked for but I was happy that my scenario was one of exchanging the card rather than applying for a new one.

In the background to all of this researchers were working hard on a vaccine and governments across the globe were spending fortunes to advance their studies. It had become clear that health measures alone were not going to be enough to stifle the pandemic.

Some countries had already started using curfews in the hope that by sending people home early it would stop them mixing with others — I suspect that they simply mixed with others at home instead.

In France the curfews were introduced by regions as the health situation worsened. Awkwardly for me the Somme was not included in the initial list of areas concerned but my house is surrounded on three sides by the Pas de Calais, which was.

This affected me coming back from the pool as I needed to make sure that I was home by 2100 hours every night.

It had finally reopened after its building repairs and the gang had started to get back together ; to catch up on the comings and goings of life during the confinement. Our evenings turned out to be short lived because by the 30th October the entire country was re-confined.

It wasn’t quite as strict as before but even so I was back to my short walks and filling in paperwork every time I left the house. The big difference this time was that this was going into winter so hot sunny afternoons in the garden were a thing of the past.