Confinement became the new normality and thankfully the weather rose to the challenge. Bright sunny days with temperatures well above the norm for March and April.

We weren’t allowed to go very far but at least the blossom was out and you weren’t getting cut in two by winter’s icy chill. 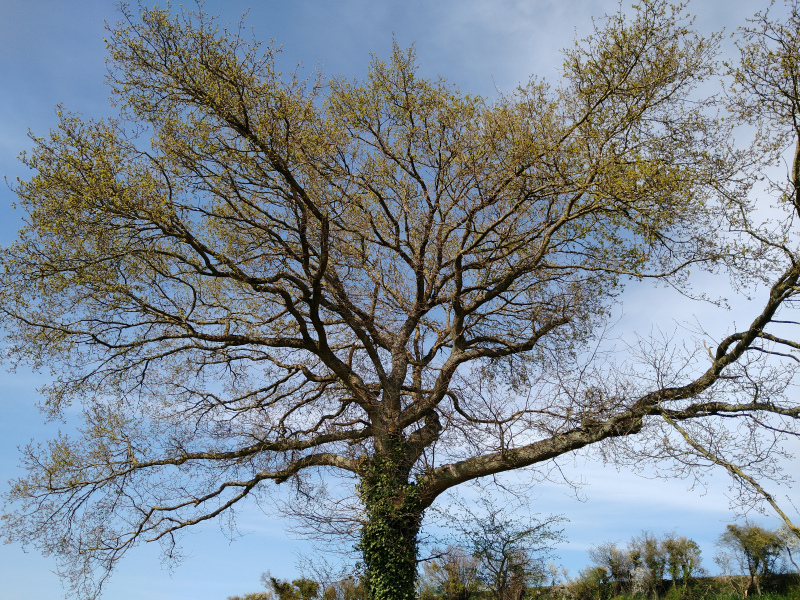 My favourite tree — the oak on the roadside

I certainly can’t say that everybody was looked after but to my mind the Philippe government eased the burden as much as it could by ensuring that money was available for those who couldn’t go to work and for businesses that had been shut.

Covid became a work related illness and we lived the statistics everyday. A young chap called Guillaume Rozier developed a site called CovidTracker which made the government statistics easier to follow on a national, down to départemental level.

By the 24th March France had passed a thousand cases and the first doctor had died. Testing in France in the early days was non-existent and even once it was known as to what to test for remained severely limited for months.

On the 27th March and with two thousand Covid related deaths Edouard Philippe announced that the confinement would continue until the 15th April. Frankly, looking at news across the globe, few of us thought that it would be lifted even then, because within three days the death rate had passed three thousand.

We watched the hospital beds fill up and the death count rise. Some regions were hit far worse than others and hospital trains were used to transfer patients across country to those areas less affected. Things were particularly bad in the Grand-Est (Alsace and Lorraine) and the Germans — who seemed to be coping better than we were — started taking patients.

Masks became an issue as more information about the virus was acquired. Ironically the centre of worldwide mask production was in an area of China worst hit by the initial outbreak. Macron visited France’s largest producer and pledged to regain national control of production. Anybody who could make a mask was called upon to assist.

And life continued. I restricted myself to one visit to the shops per week. In theory there was no limit to the distance you could travel but driving to Leclerc at Herlin le sec was almost a guilty pleasure and you couldn’t hang about because your Attestation was date and timed. For added proof I would photograph the car dashboard as I left the house. I never got stopped but my neighbour Jimmy would be stopped three times and friends from the pool would find themselves fined the 135€ for failing to fill in the form correctly. The French police services do not muck about ; hand out the fine first, you can argue afterwards.

Boredom became the biggest problem. The sunny weather meant that I could wash the terrace down, and the lawn got an early cut but you couldn’t really go anywhere or see anybody. A kilometre from the house didn’t even bring me into the main part of the village and ruled out my usual walk around the valley.

However with a bit of flexibility and using the fact that distance was a radius from your dwelling I could walk the tracks around the hill behind the house. 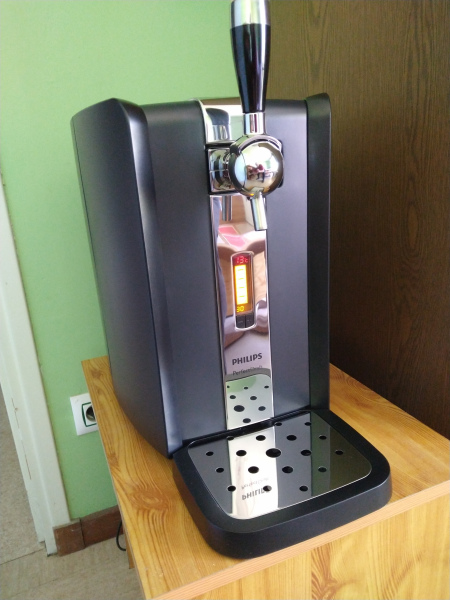 Well, what else could I do to pass the time ? The answer was : buy a tireuse, a beer pump and a handful of beer kegs. I’d bought Anton one for Christmas and decided that if I was saving a fortune in fuel every week I could easily afford a new toy.

The weeks passed by. On the 13th April Macron told us (and to no surprise to most of us) that the confinement would continue until the 11th May, at which point it may be possible to begin reopening some shops — but not cafés. Everything depended on people following the rules which had greatly contributed to the slowing down of the propagation of the virus.

Two things were worrying  : warmer weather appeared to stifle the virus, so what would happen come September as it got colder again ? Secondly, history showed that the second wave (and there would be one) would be much worse than the first.