A few days in Paris

When I attended the Battle of Arras commemorations at the Canadian Park in Vimy on 9th April I had encountered a Canadian-Ukrainian who had made the journey up from Paris by train for the day. He was, therefore, on foot and I offered to drive him down to the reception afterwards.

It became clear that he was unaware that France was undergoing a large scale rail strike at the time with very few trains running — he had clearly been lucky to have made it to Arras in the first instance. Long story short : he couldn’t get back to Paris before the following evening. I made the proposal that I could put him up for the night ; take him on a proper tour of the battlefields the following day ; drop him off at the railway station in Arras. He could buy lunch.

That was what we ended up doing but in return he told me that he had the use of an apartment near Montparnasse for a few more weeks before returning to Canada. Knowing that I had some family research to do for a Canadian professor he offered me the return favour of lodgings if I wanted to avail of them 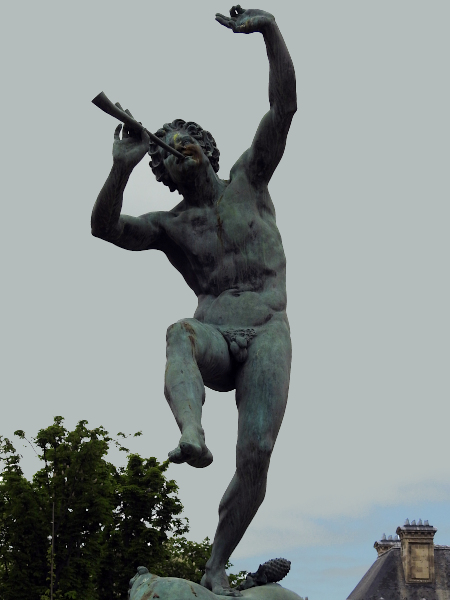 Somebody appears to be happy

The work I needed to do for this lady was going to take days, starting in the Parisian archives and then, in all probability, the archives at Saint Denis. The offer was too good to turn down and so I took two short trips down to Paris. It wasn’t all work and my new found friend, Roman, and I spent a lot of time walking around parks and museums that I had never visited.

My research did indeed find me in Saint Denis and I had the time to visit the Basilica where the Kings of France are buried. I know I have been before, but it must be twenty, thirty years ago.

The real leg work after visiting the archives was walking out to all the locations mentioned by this lady’s French soldier ancestor. The weather was for the most part excellent for both trips and by the end I was certainly fitter than I had started. What was odd was that he didn’t appear to have been buried in the town cemetery.

Did Janet know that he was Cuban ?

A few photos then of some places that are well known and others that that are not always at the top of the list.