My interest in the Great War started with a visit to the CWGC Cemetery at Terlincthun just outside of Boulogne sur Mer. Within a few minutes drive there are two monuments to Napoleon and the first distribution of the Legion of Honour.

Needless to say I have driven past them hundreds of times without ever taking the couple of minutes (for one of them) to actually pull in and take a look.

As for the Column for the Great Army that was closed for a number of years after it had been struck by lightning and after it reopened – I was always on my way to somewhere else.

This year however I needed a photo of the suburb known as Marlborough from the top of the column so one sunny Friday afternoon, off I set. 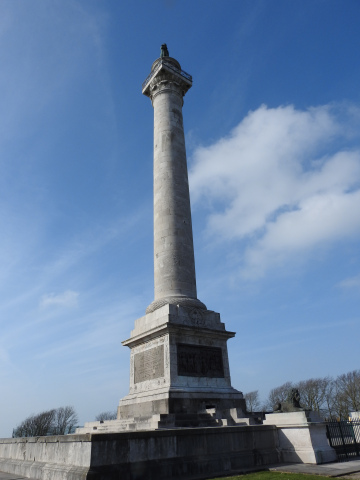 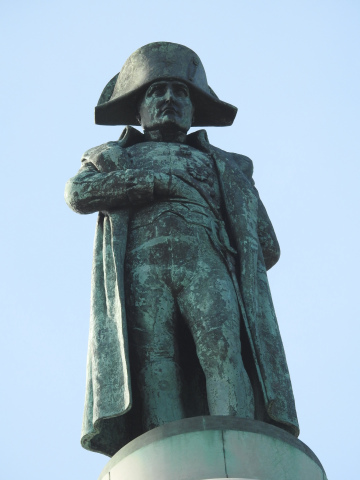 His statue has always had his back to England !

There is a small park surrounding the column and there were a few people out walking dogs, but I was the only one actually paying his €3.50 for the honour and fun of climbing the 53 metres to the top. By all accounts that makes it the tallest column in France. 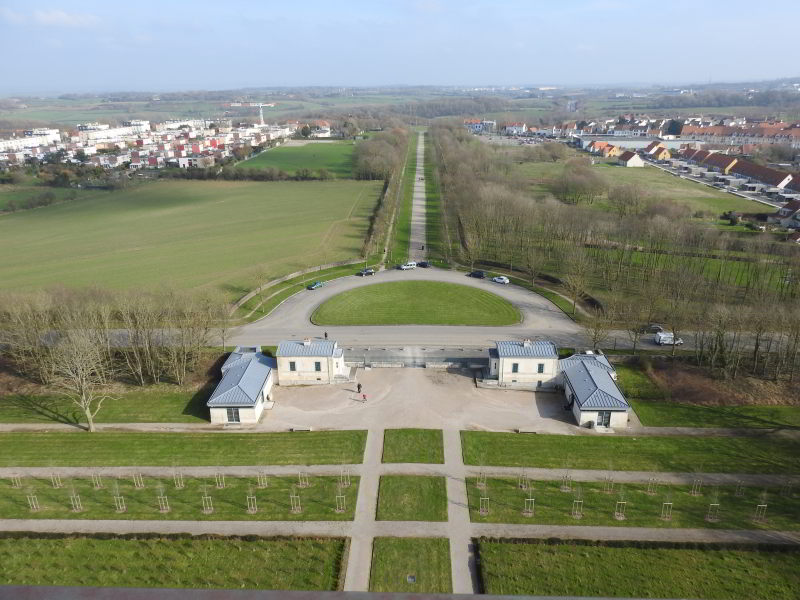 Looking down on the entrance, the museum/ticket office is on the left

It had been raining quite a lot so some of the steps were quite wet. There are 269 of them and no respite. It is one single climb to the top. It’s a tight circle as well as you climb and thankfully there is a banister. You would not be wanting to be meeting people coming the other way as that require a most ungentlemanly squeeze.

The first thing that struck me on reaching the viewing platform was that it looked like a sheet of roofing lead. You can walk on this ? Apparently yes and the views are excellent. The only thing that I would say was that at this time of the year the sun was too low in the later afternoon to get a decent view of the port as you were looking pretty much straight into the sun. 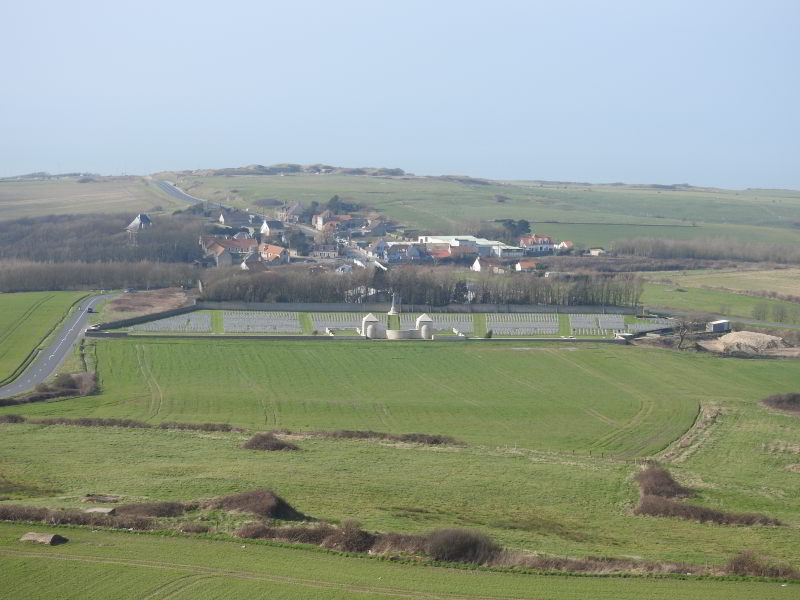 Terlinchtun British Cemetery and the coast.
It was there that my interest in the Great War really took off 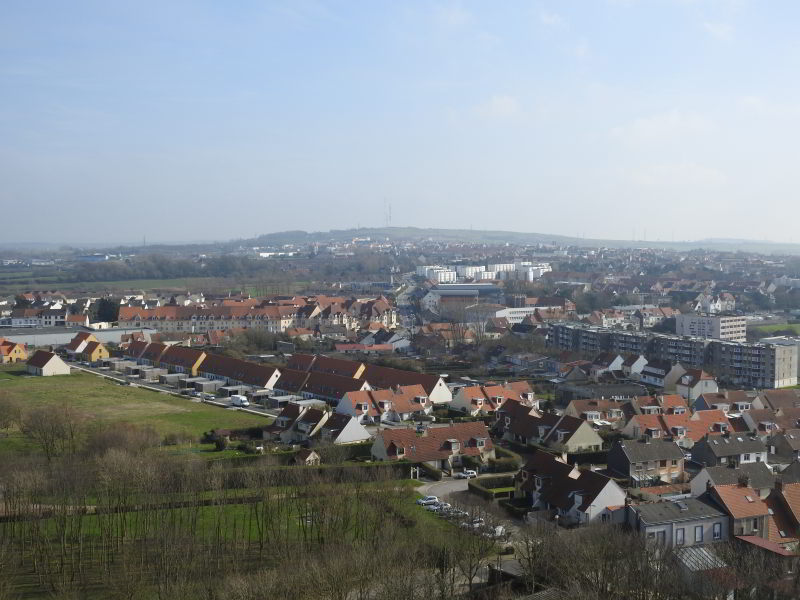 Off to the north though and to where I needed my photo it was as clear as a bell.

Coming down seemed a lot quicker than going up I can tell you. 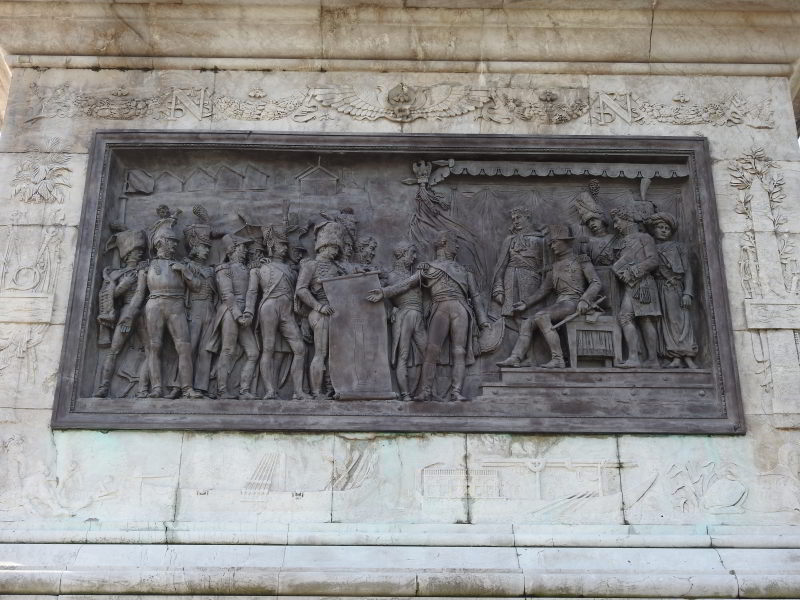 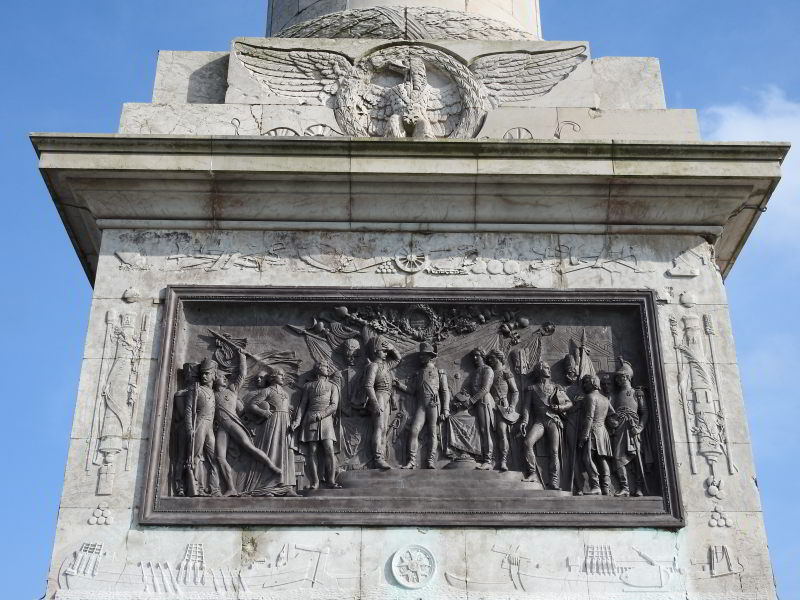 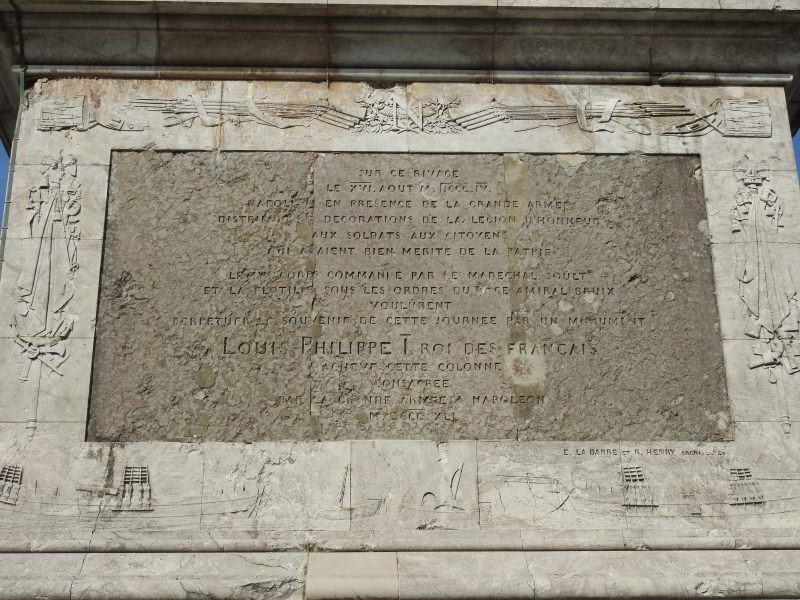 At the entrance to the park is a small visitors’ centre which explains the history of the monument and displays the previous statue of Napoleon which is full of bullet holes – courtesy of the RAF in 1944.

The column was started in 1804 as troops gathered for a proposed invasion of England. Many of the soldiers were sick with one thing or another and had heard that England was offering free medical treatment and no hospital bills. Invading seemed to be the fastest route because the alternative was to move up the coast to Calais and dig a tunnel. 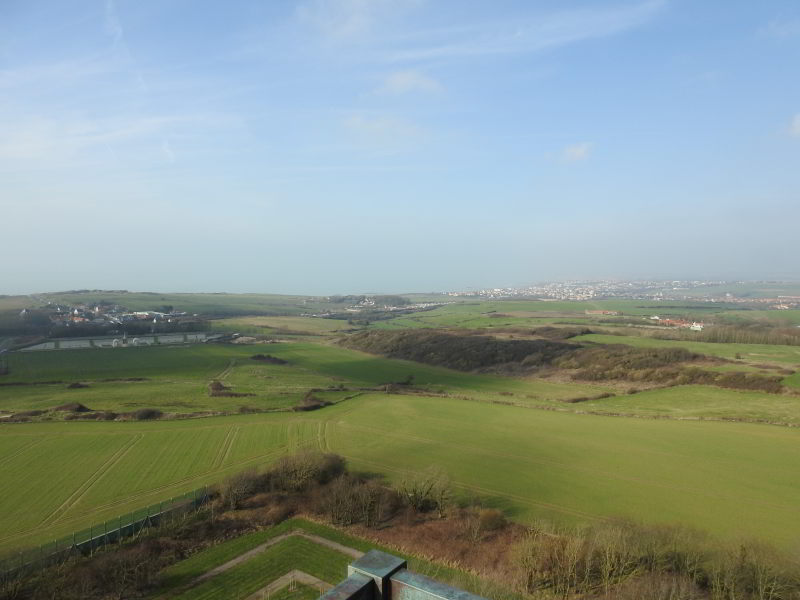 Off in the distance is Wimille, a pretty seaside resort

With a change in the political situation the Emperor decided to head off and invade Germany instead in order to teach them that raising horses that produced more manure in fields than under controlled laboratory conditions was just not on.

Without an invasion the column’s purpose was changed and it became a monument to the grandiose ceremony of distribution of the Legion of Honour. Although the first time that ordinary soldiers would be presented with the decoration the ceremony was actually the second following the decoration of a number of high level functionaries.

With the changes in government over the following decades the construction of the monument went through a number of stages. The original statue of Napoleon was melted down by the re-installed monarchy.

They finished the platform and put in a globe. That was then taken down and replaced with a figure of Napoleon in his coronation robes in 1841 following the return of his remains to Paris the year before.

Apart from being shot up and bombed by the RAF during the Second World War the park below was used a a German Naval Cemetery (in which was buried Klaus Dönitz the son of the Admiral Dönitz).

The graves were later removed back to Germany and in 1962 General de Gaulle presided over the installation of a new statue, this time of Napoleon in his familiar greatcoat. 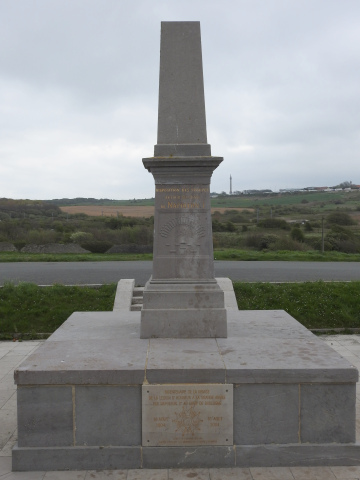 This small obelisk is easy missed

A few minutes drive away on the road down into the port is another small monument to that distribution of the Legion of Honour. The small obelisk marks the position of Napoleon’s throne in what used to be the amphitheatre, around him 120,000 soldiers paraded with 2,000 amongst them receiving the medal in one class or another.