Two trips to England in the space of a month is quite exceptional for me considering I hadn’t been there for over eighteen months. For this second journey I opted for a longer stay which meant using a boat rather than the Eurotunnel whose prices are just out of all proportion.

There are two services out of Calais but I found that the cheaper option was to take the DFDS sailing out of Dunkerque. It is only another twenty minutes or so up the autoroute so the extra bit is easy driving. Tuesday morning was the off. I got there far faster than I had expected to, despite having to stop and refuel the car at French prices, and was soon sitting in the laneway waiting to board.

The weather after an iffy start in Dunkerque turned for the better, as the sunny Somme weather followed me up into the Nord and the dark skies gave way to blue clouds.

The crossing was very pleasant on a pretty comfortable boat. I sat up front with the huge glass windows in front of me with a fine view of everything. Throughout the trip we could see the white cliffs of both sides of the Channel, but that changes nothing. Sitting on a boat for two hours is just not fun.

We were a few minutes late getting in to Dover but I was soon on my way and held up in my first tailback of the week. 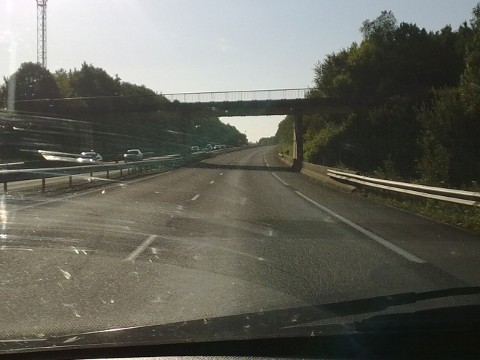 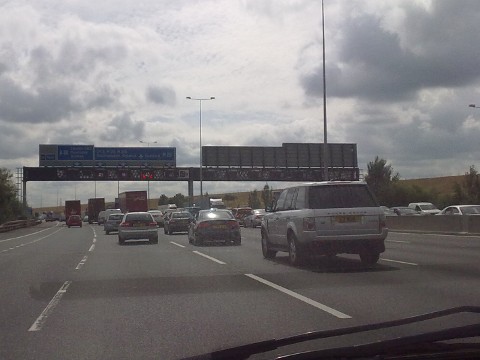 On the Wednesday morning I spent two and a half hours getting from Chatham to Kew and the National Archives because there was a humongous hold up near Reigate. Good thing I had sandwiches with me.

I was rather surprised on entering London to notice that many of the red buses carry the RATP Logo. You wait for un bus and then trois come along at the same time. 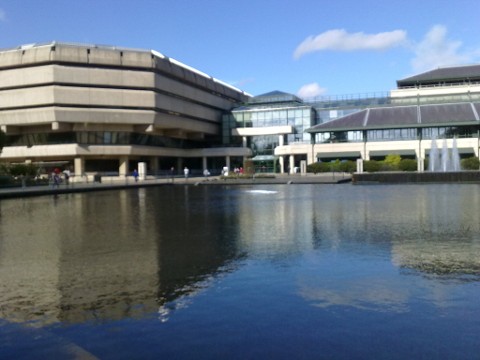 The National Archives at Kew

I haven’t been to the archives in years, so long ago actually that my reader’s card had expired (which was a good thing because I couldn’t find it anywhere). It has all changed up at the archives and it took me a wee while to get accustomed to the new layout. The first thing I had to do was get a new card. This entails taking along pieces of ID and proof of domicile, you log in on one of the computers filling out the details. Having completed that section they start an induction program about document handling and then: Ye Gods! they give you a test to see if you were paying attention.

The questions were not too difficult but you needed to have read the instructions about document handling etc. on the previous page pretty carefully and they didn’t offer a BACK button so that you could cheat.

Most were on the lines of:

You are trying to copy a page which is secured tightly by a string tag. Do you :

Obviously the real answer is none of those because you are supposed to get help from a member of staff — who prowl the reading area ready to rap your knuckles if you are maltreating the documents.

The biggest change that has taken place is that you can now photograph the documents which saves so much time. Before it was a case of waiting in line to get everything photocopied and then having to get back in line an hour later to get your documents back again (and you had to pay 50p a sheet for the privilege). Now it is almost embarrassing from the point of view that the staff have to go to a lot of trouble to get the documents to me and sometimes I can have what I need; found; read; photographed and put back again in a matter of minutes.

My first day done I headed back out into the traffic to head to the folks’ place in Slough. Two hours later I got there after a hold up getting onto the M4. On Thursday I did the same journey, there and back in 40 minutes each way. 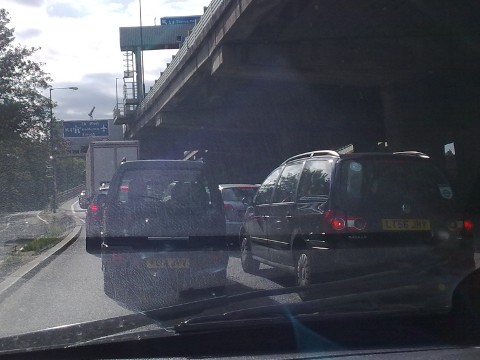 The joys of driving in London

Slough looks as though it is currently in the midst of a poetry month and is celebrating it by having the centre decked out on a theme of: Town confronts friendly bombs. So Curry Night at Wetherspoon’s was out of the question, you couldn’t get parked without hassle. No matter, we stayed close to home and went out for a meal (mother paid so it was extra tasty) down at the local pub. That meant we could go home for pudden and coffee.

Friday found me back on the M25 crawling my way back down to Kent. It was caked solid from the M4 junction as far as the M3 but after that it became fluid enough to overtake anybody standing on the side of the road in an overheated vehicle.